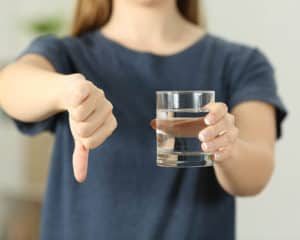 If your well water smells like rotten eggs, you are not alone. Well water odor is a common problem and many homeowners battle stinky well water. Rotten-egg water not only has an objectionable odor, but in high concentrations may be dangerous to your health, and is corrosive to plumbing, fixtures, and appliances.

Water containing hydrogen sulfide gas (“H2S”), has a unique “rotten egg” odor, which is often present in both hot and cold but may become more pronounced from the hot water. This kind of water can discolor coffee, tea and other beverages, and alter the appearance as well as a taste of cooked food.

Water containing H2S can corrode piping materials, such as copper, brass, steel and iron as well as exposed metallic components inside dishwashers and appliances tarnishing the surfaces a black color. Hydrogen sulfide can also quickly foul and ruin water softeners and filter systems.

Aeration and/or chlorine treatment utilizing common household laundry bleach has been the most common method in the past to take care of smells from well water. Chlorine however has some undesirable by-products and can leave chlorine tastes and odors. If the pH of the water is over 7.5 chlorine is not very effective and a large amount of chlorine must be used. Aeration can work, but if iron and/or sulfur bacteria are present, the bacteria can re-create the odors after the aeration system, in water heaters and plumbing systems.

Why Hydrogen Peroxide is Better:

1. Works faster than chlorine, so often no contact tank is required
2. Unlike chlorine will not leave a chemical residual in the water
3. Peroxide works over a wider pH range

If the rotten-egg odors are extremely excessive, a contact tank is recommended, which allows a few minutes of time for the peroxide to contact with the water, to make sure the water is properly treated.

The actual treatment procedure is simple. A metering pump automatically inserts a tiny amount of hydrogen peroxide in front of the pressure tank, whenever the well pump turns on. The back-washing carbon filter system is installed after the pressure tank and filters the water.  The result is clean, disinfected, and odor-free water throughout the home. 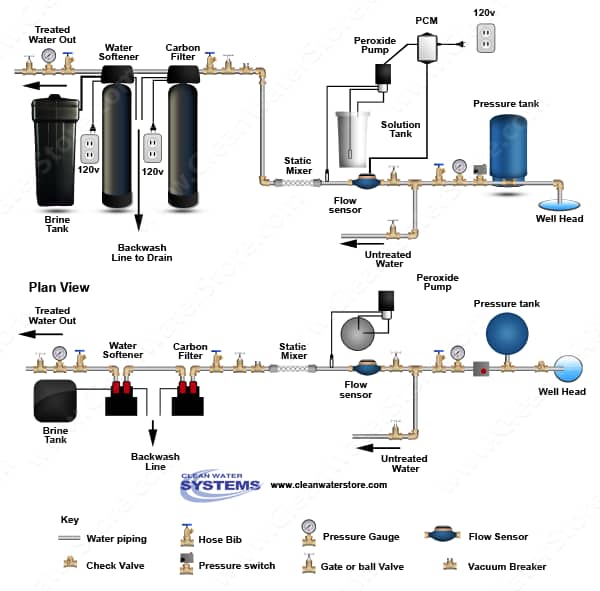