Yesterday we were asked a good question in a comment on a blog post from back in March about disinfecting water using hydrogen peroxide treatment.  Erik asked, “What would the recommended dosage of H2O2 be per volume unit of water?” 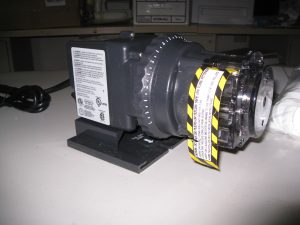 For bacteria you’ll want to inject 1 – 2 ppm of hydrogen peroxide with approximately 5 to 10 minutes of contact time depending on your water’s temperature and turbidity (cloudiness).  If the water is colder than 50° F (10° C) and/or the pH is higher than 7.5, you may need longer contact time or a higher dosage.