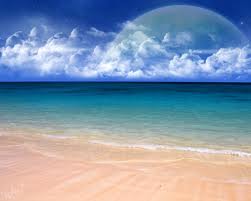 Seawater makes up 97% of the global water inventory, a large portion of which is constituted as ocean ice. It is important to note that the sea water which is in the form of ice is completely unusable for human purposes.

Polar ice-caps are a very significant feature of the present-day Earth. The outer layer of ice, covered with snow, reflects the incoming solar radiation more effectively than land or open water. Thus, a situation is created where only a small amount of energy is able to penetrate into the surface water or the underlying land. Once these polar ice-caps are established, they have the tendency to act in a self-perpetuating manner.

Icebergs make up another major form of ice in the oceans. Icebergs in the Arctic are carried to sea by valley glaciers from land masses such as Greenland. These icebergs come in irregular shapes as they are remnants of thick ice sheets that fringe on the Arctic Ocean. The icebergs in the Southern Ocean are tabular icebergs which are formed by the calving of the ice-shelves found in the Ross and the Wedell Seas.

Seawater itself is very different from freshwater. Two of the most important properties of seawater are temperature and salinity, the concentration of dissolved salts. The two properties work in conjunction to control the density of the water. The density of water is a major factor which controls the vertical movement, via condensation, of the ocean waters. The salinity of seawater is the most important factor in the consideration of human use. The average salinity of seawater is 35 part per thousand by weight (3.5 percent by weight). The major ions that make up 99.9% of sea water are as follows: