To fix well water that smells bad, use one of these approaches:

2. Chlorinate well water to eliminate both sulfur and bacteria

3. Use ozone gas in a closed tank or atmospheric tank

Many homeowners contact us to find out how to fix well water that smells bad. Water containing hydrogen sulfide gas (“H2S”), has a distinctive “rotten egg” odor, which may be especially noticeable when running hot water. Such water can discolor coffee, tea, and other beverages, and affect the taste of water. It can also change the taste of cooked foods. Hydrogen sulfide (“H2S”) gas is a nuisance that is not usually a health risk at concentrations normally found in household water. 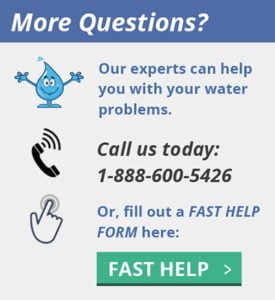 In high concentrations, hydrogen sulfide can be toxic. Usually, the gas can be detected long before it reaches harmful concentrations. H2S is flammable and poisonous. While such concentrations are not common, if gasses are released in a confined area, they could cause nausea, illness, and in extreme cases, death.

H2S dissolved in water corrodes plumbing metals, such as iron, steel, copper and brass and exposed metal parts in washing machines and other water-using appliances. The corrosion of iron and steel from hydrogen sulfide forms ferrous sulfide or “black water” which darkens silverware and discolors copper and brass utensils. 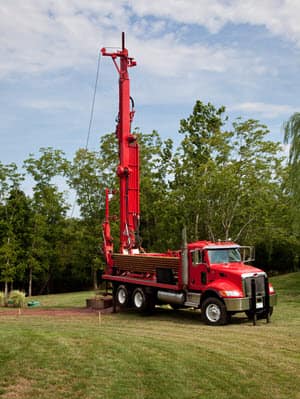 Iron bacteria and sulfur bacteria present in groundwater use iron and sulfur as an energy source and chemically change sulfates to produce H2S gas.

These bacteria use the sulfur available from decaying plants, rocks, or soil and often thrive in an iron-rich environment. The harmless non-toxic bacteria normally exist in oxygen-deficient environments, such as deep wells and plumbing systems. The bacteria do not usually cause health problems, but contribute to bad tastes and/or odors at low levels.

Hydrogen sulfide gas may also be present naturally in wells drilled in shale or sandstone, near coal or peat deposits, or in oil fields.

Though H2S is normally found in wells, it can also enter surface water through springs and quickly escape into the atmosphere. Often water heaters can also become a source of foul H2S odors. The magnesium rod used in heaters for corrosion control can chemically reduce sulfates to H2S. Another source of H2S is from sewage pollution.

Often water heaters can also become a source of foul H2S odors. The magnesium rod used in heaters for corrosion control can chemically reduce sulfates to H2S. Another source of H2S is from sewage pollution.

Other odors such as cucumber odor, pond odors or algae type odors, as well as sulfur odors are most often the result of various bacteria in the water.  Sulfur bacteria, iron bacteria and other types of bacteria may be harmless to health but cause a lot of odor problems.  Odors are worse when the water is warmer, or when the water sits in pipes for periods of time.

In order to fix well water that smells bad a one time shock chlorination can also sometimes eliminate the odor for  several weeks or months.

Odors are best eliminated by first applying an OXIDANT, followed (usually) by FILTER MEDIA.  In some cases, aeration combine with carbon filter media alone can be used if the odor is low to moderate, although no disinfection will take place with aeration alone.

Sulfur odors (hydrogen sulfide gas) are often caused by sulfur-related bacteria, and if the bacteria is present, the odor can redevelop in the household piping, even after filtration.  Using a chlorination or ozone system can kill these bacteria and prevent the odor from coming back later.

Generally, it is best to use a disinfecting oxidant such as chlorine, or ozone, followed by activated carbon to eliminate the odor permanently.  Note that peroxide in water is not considered a strong disinfectant and may not be effective at eliminating these bacteria.

Aeration is a well-established low-cost method of eliminating odors from water, especially for lower levels of odors and when bacteria is not a problem.

There are there main methods for residential applications: 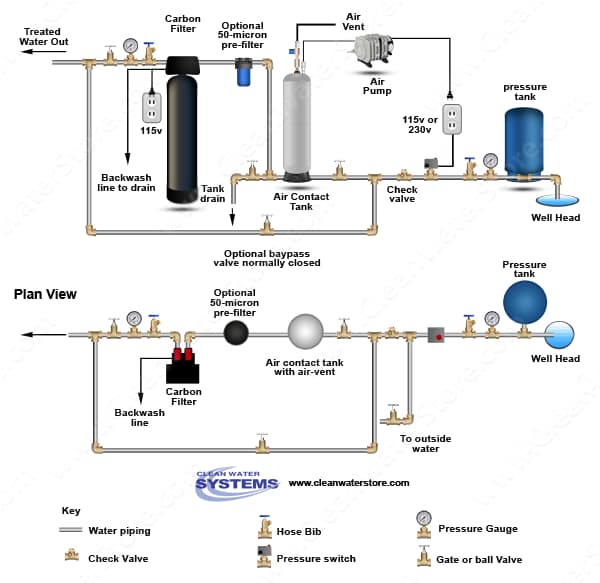 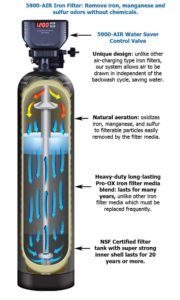 Air-charger type backwash filters use aeration and catalytic carbon to remove odors from water. The Air-Charger 5900-AIR maintains an air pocket in the top of the tank while the system is in service.

As the water passes thru the air pocket, sulfur odors are oxidized and then filtered out by the catalytic activated carbon.  The Air-Charger 5900-AIR Air Injection Oxidizing Filter, as a single tank system, is an efficient and

The Air-Charger 5900-AIR Air Injection Oxidizing Filter, as a single tank system, is an efficient and cost-effective system for the removal of sulfur odors.

If sulfur smell alone is present catalytic carbon can be used.  If iron or manganese is present in the water along with odors, manganese dioxide filter media is recommended.

Chlorine can be removed by activated carbon, so no chlorine taste or odors are present in the tap water. See chlorination systems here. 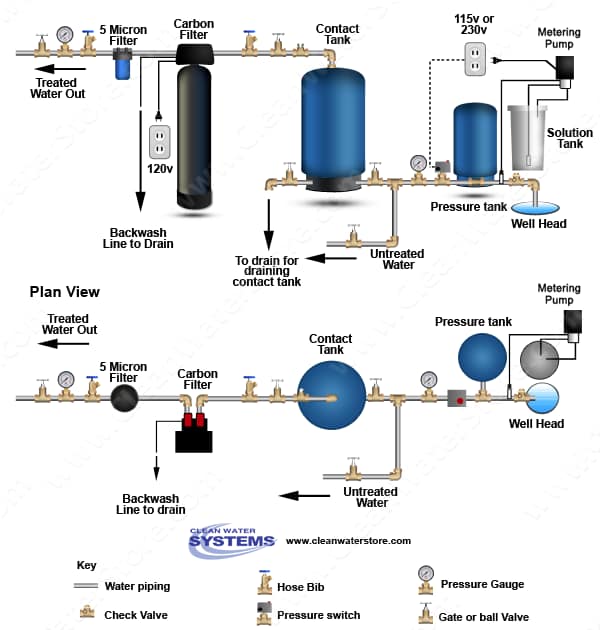 Best Filter Media to Use with Different Oxidant Types