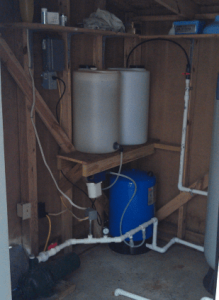 How much chlorine to inject?  A common question we often get is, how much chlorine do I need to inject before my iron filter to treat iron, manganese and hydrogen sulfide (rotten egg odor)?

The short answer is:

Note that mg/L (milligram per liter) is the same as saying PPM (parts per million).

Pre-Treatment With Chlorine and Filtration with Pro-OX Manganese Dioxide Media
A rapid and efficient method for removing iron and manganese and hydrogen sulfide is to chlorinate the raw water, allow 30 to 60 second retention time and filter with Pro-OX manganese dioxide filter media.

A level greater than 0.5 mg/l of oxidant (chlorine) should be injected into the storage tanks and distribution system to inhibit the growth of iron and sulfur bacteria. 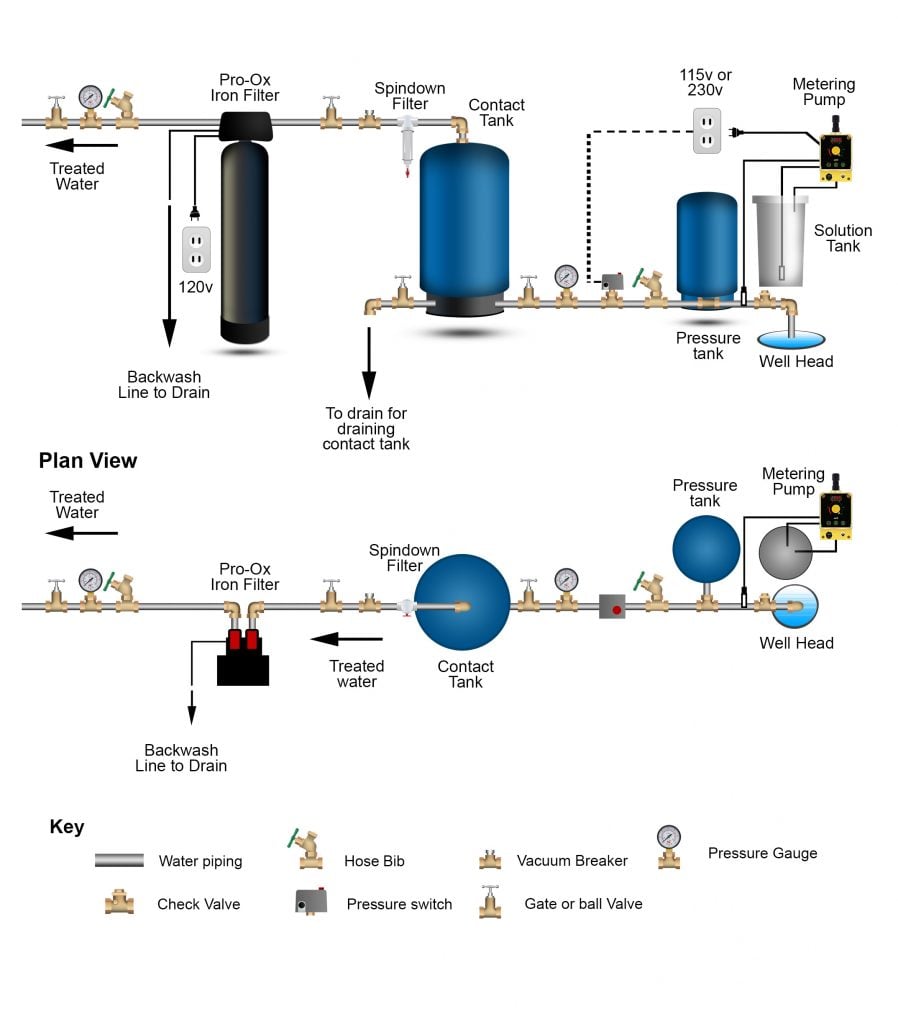 Sulfate is common in water supplies and does not contribute objectionable taste or odor. A sufficient amount of chlorine is added to the water to meet the chemical demand and reach the chlorine breakpoint. A minimum free chlorine residual of 0.5 mg/l is provided to the distribution system. A higher residual may be injected depending on conditions.

How Much Chlorine To Inject?

Stoichiometry is used to determine the number of reactants (in this case chlorine) that are needed in a given reaction. Describing the quantitative relationships among substances as they participate in chemical reactions is known as reaction stoichiometry.

The stoichiometric equivalent for chlorine needed to oxidize iron, manganese, and sulfide is:

Note that even though hydrogen peroxide can be used, it does not work well if manganese is present.  For iron with manganese, chlorination or ozone works best. 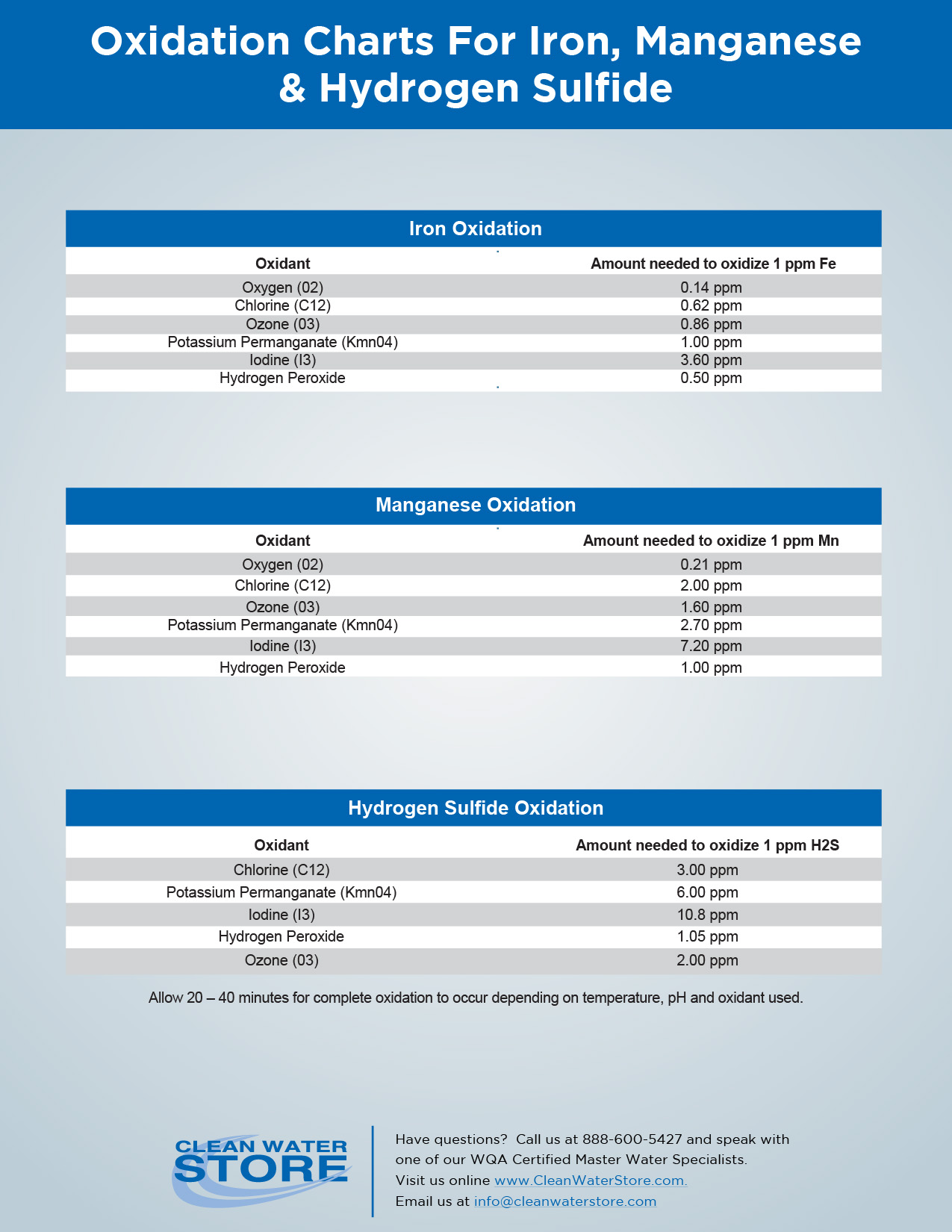